Derozio lived here and it is this house that the first seeds of Bengal Renaissance were sowed . The house is nestled between the Entally market and a row of shops on AJC Bose Road, Kolkata. Photograph exclusively for Probashi by Shri Somen Chowdhury

Henry Louis Derozio (1809-1831) was born at Entally-Padampukur in Kolkata. His father Francis Derozio was a man of considerable means in the Anglo-Indian community. The Derozios had their residence on Lower Circular Road (now 155A AJC Bose Road), Kolkata (house in the photograph above), By the age of 14, Henry had published his first poem in India Gazette and subsequently many volumes of verse in English, making him the first Indian to write poetry in English. By age of 18 he was considered a man of letters and appointed faculty at Presidency College Kolkata. However by the age of 22 he was expelled from the faculty for being too revolutionary in his ideas and accused of influencing the Indian students to question the dogma of the then Hindu society. Inspired by Derozio, his students started demanding for reforms in Hindu Society based on rationality and scientific temper. This came to be known in history as the Young Bengal Movement.This group of free thinkers began to ask the question “WHY” and were precursors to the Bengal Renaissance of whose product are luminaries like Vidyasagar,Tagore and the likes. Derozio died at the age of 23 due to Cholera. In his short life Derozio changed India, by seeding ideas whose echoes still reverberate. Unfortunately he remains a forgotten man despite his tremendous contribution. 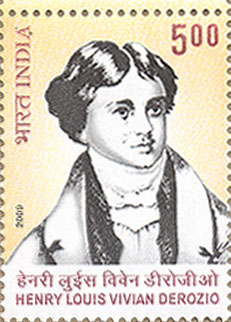 Forgotten as Derozio remains, his legacy also soon sank into oblivion. It was purely by chance that the house where Derozio lived and from whose living room the first stirrings of Bengal Renaissance started was discovered. It was Shakti Sadan Mukherjee while ferreting through the records of the Calcutta Municipal Corporation ,in 1998 chanced upon the title deed of the house with the name of Derozioâ€™s father in it. Derozioâ€™s house which was till then had remained unidentified had now been pinpointed. Following Derozioâ€™s death in 1831 , his family ran into financial trouble and had to sell off the house. It was bought by A Decruz , an Anglo Indian , who was close to the Derozios. Subsequently the house change hands a number of times and was finally purchased in 1916 by Biharilal Mitra, an aristocratic and businessman who owned the Chandni market in Calcutta. His successors now have ownership of the house. The 200 year old sprawling house today has businesses and workshops running out of its premises and is in need of urgent repairs. Though now declared a heritage property, West Bengal government has refused to take over the house for turning it into a memorial. It is now our turn to as the question “WHY”.